The 24th Winter Olympic Games in 2022 is held in Beijing and Zhangjiakou, China, which is the first time in China's history to hold the Winter Olympic Games.  The national ski jumping center, located in Zhangjiakou City,which is the competition venue of ski jumping, has attracted special attention.It's the first ski jumping venue in China, and the largest ski jumping venue in the world.There are two slideways: HS140 large platform, with a length of 110m and a drop of 135m; HS106 standard platform,with a length of 106m and a drop of 115 meters. 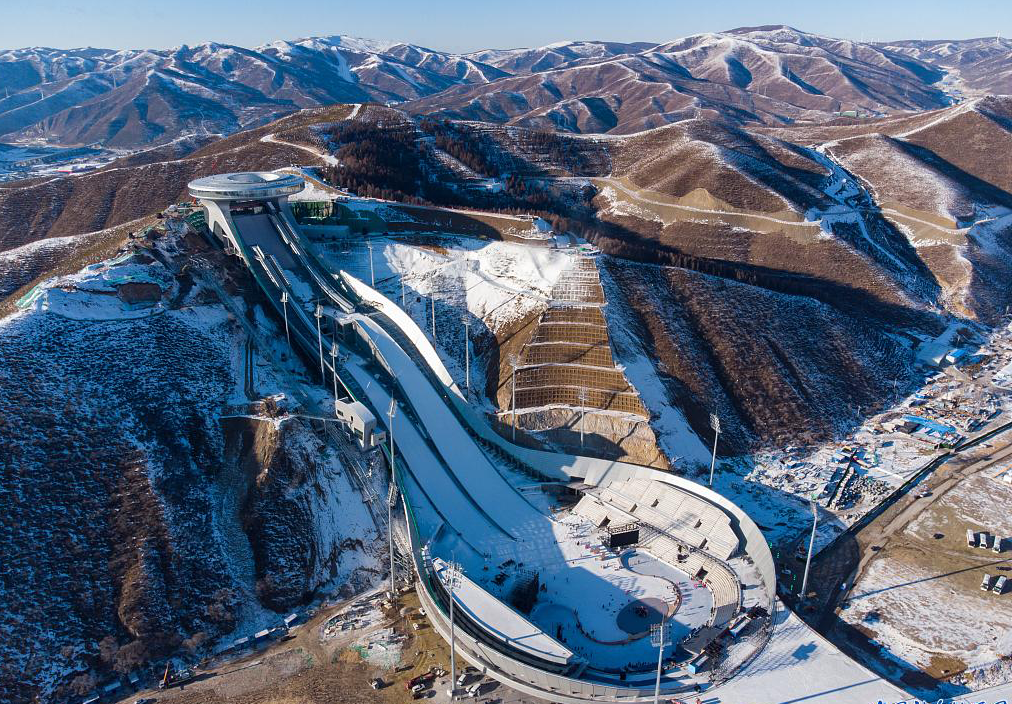 However, the construction environment of the slideway is bad, and there are many influencing factors on the slideway. The auxiliary slideway is built on the span structure. Under the action of self weight load, the connection structure between concrete and steel plate will deform. Among them, the longitudinal deformation is small at the pier column, while the mid span part of the auxiliary slideway will deform to a certain extent. In addition, the surface of the auxiliary slide will rub with the skis of athletes for many times during the competition. Under the condition of high speed, the local temperature will rise, resulting in the melting of snow into water film. Although it will reduce friction and increase the sliding speed of athletes, the water film will freeze under low temperature, which will affect the flatness of the surface of the auxiliary slide and the competitive environment of athletes over time, And then affect the final result.

After the construction of the ski jump chute, the leveling device is used for leveling. Before, it was in the way of manual detection. Its measurement accuracy is not only affected by the manual detection method and proficiency, but also affected by the small detection range, so the coverage detection cannot be carried out; The detection time is short, and continuous long-term detection cannot be carried out; The detection risk is high. The ski jumping track is built close to the mountain and the terrain is steep. During the operation period of the auxiliary slide, personnel need to stick to it for a long time, which will inevitably consume a lot of time and experience. Manual detection also has great risk for the detection personnel. 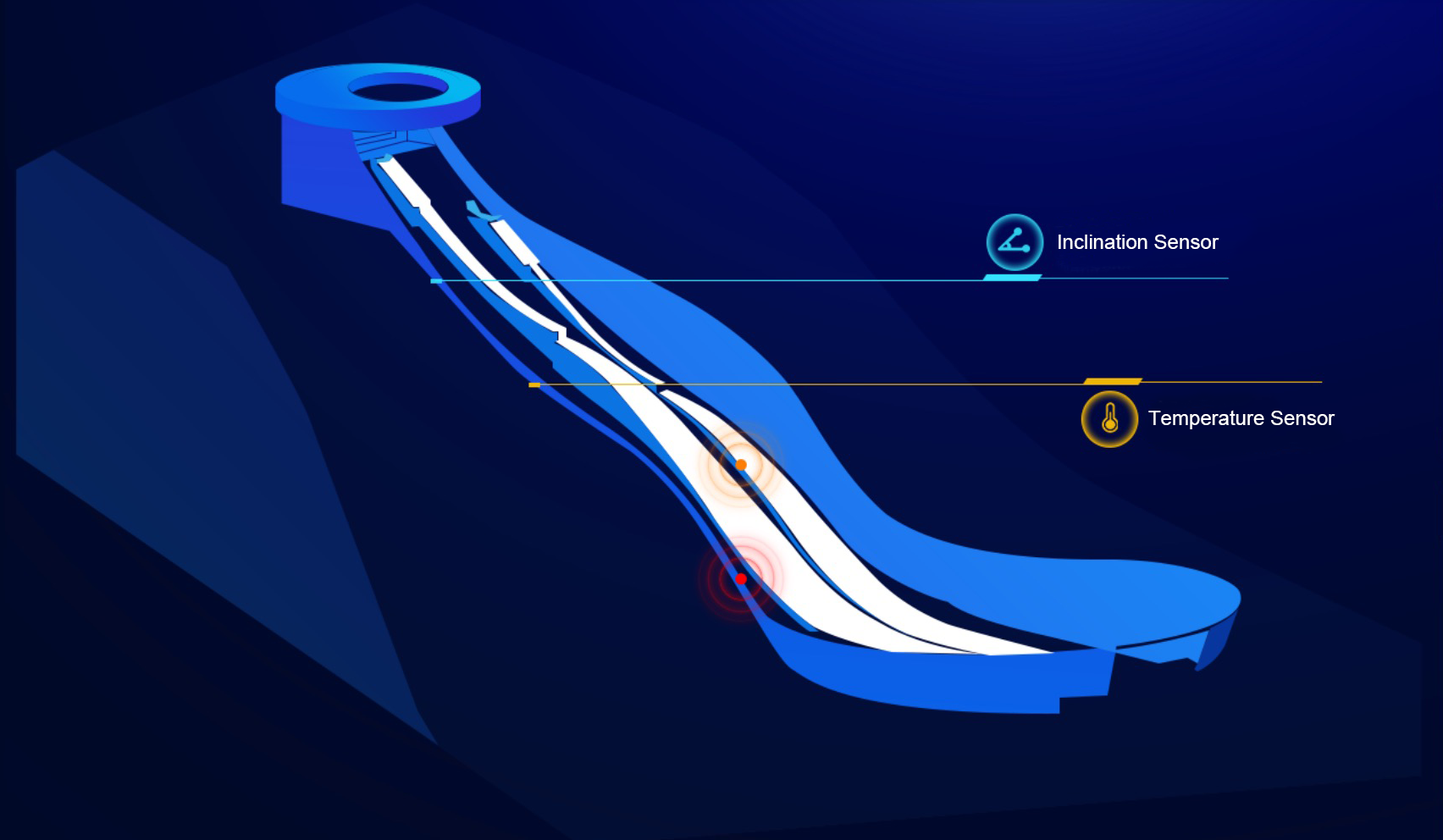 The good geometric line shape of the auxiliary slide structure needs to be guaranteed at the same time in two aspects: on the one hand, the overall stability of the auxiliary slide structure under the coupling action of various loads without large deflection and deformation; The other is the deformation of the slide in the chute of the auxiliary slide, and the problem of the surface flatness under the abrasion of the ice body in the process of temperature change and repeated use by athletes. Good alignment can reduce the reaction force received by athletes, make the reaction force received by athletes increase slowly during taxiing, ensure the stability of athletes' actions during taxiing, and further reduce the windward area during taxiing; The smooth surface of the slide aid can reduce the friction resistance produced by athletes in the sliding process, ensure the stability of athletes in the process of sports, improve the competitive environment and improve the performance level of athletes. 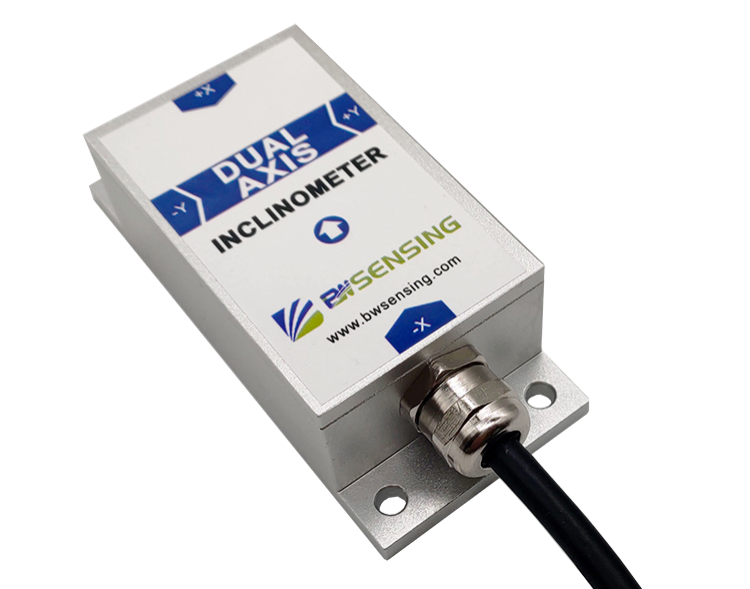 The "intelligent monitoring system for ski jump slideway" in the "new construction, maintenance and operation technology of artificial profile track venues" of the Beijing Winter Olympic Games stadium construction project uses the BWSENSING high-precision and high stability inclination sensor to provide real-time monitoring for the slideway during the competition and provide technical support for the long-term monitoring of the slideway during the off-season. In order to collect the data needed for the normal operation and maintenance of the slide, it can collect and analyze the data in real time, and inform the information in real time under the data early warning state. Beijing Winter Olympic venues incorporate a large number of high-tech elements, but also contain unique ingenuity and ideas, highlighting the "Chinese wisdom"!

Previous：BWSENSING‘s products successfully applied to the management system of Lithuania Road Authority!
Next：2022 is coming~Wish you and your fanily have a wonderful 2022!